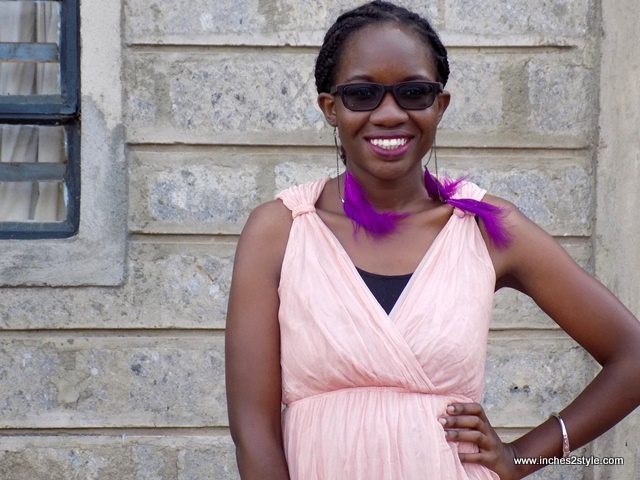 The other day I was thinking about my life, trying to let go of some things so that I could move forward and it was hard! When I looked at the challenges I was facing at that time, I felt overwhelmed as I tried to decide what to do about them. You see in the past, if something bothered me I would simply push it aside and wait it out until it magically disappeared. And then I realized that problems don’t magically disappear. They sit there waiting for you and keep cropping up until you actually sit down and solve them. I also realized that as much as I pretended to be happy and thought that I had moved on with my life, I wouldn’t really succeed until I tackled each problem. Here are 5 lessons I learnt that I now know you need in order to move forward with your life.

1. Your past mistakes don’t determine your future
In as much as I like to think that my past mistakes were lessons that I needed to learn, sometimes I forget and think to myself, my life is like this because I did this and that bad thing in the past. But this isn’t necessarily true. Your actions will lead you down a path, either directly or in a roundabout fashion until you reach your goals. So if you made mistakes in the past, you might delay when you achieve your goals but it doesn’t mean that your future will change just because you made a mistake in the past.

2. Others’ opinions don’t count as much as you think
Everyone has opinions and everyone feels the need to state what it is that they think about any given situation. But don’t forget that whether or not you behave in a manner that they approve of they will still have an opinion. So let them talk. Just concentrate on doing you!

3. Know what you want and pursue it
There was a time I was in two minds about something and I couldn’t decide what to do. It was so bad that a friend of mine told me that I had to be strong-minded enough to know what I want and I need not be afraid to say it out loud and to go after it. Don’t feel afraid of going against the grain. Set your mind on your goals and pursue them relentlessly.

4. Stop running from your problems
Until I learnt to face my problems, I was stuck in a negative place and I didn’t like it. No matter what the problem is, have the courage to look it in the eye and deal with it. If you keep running it will just follow you around. True, sometimes you need to take time off so that you can get a bigger perspective on how to solve your problems but don’t let that be too much time. If someone has offended you, forgive them and move on. Don’t make a mountain out of a molehill.

5. Accept that you can also be wrong
Sometimes you chose the wrong path or you misjudged someone. Accept it. We’re all humans and we are all on the wrong one time or the other. Whenever you find out that you are wrong, use that opportunity to learn new things, to better yourself and sharpen your skills. Accepting that you are on the wrong is also a sign of maturity.

Problems Are Not Stop Signs, They Are Guidelines.